Petroleum competence and solutions – a steppingstone for new industries

Although the Norwegian petroleum industry will remain important for the Norwegian society in the decades to come, its relative importance is likely to decline. The basis estimate of the white paper "Perspektivmeldingen" is that the Norwegian petroleum production will fall by 65% from now and until 2050, and that the production increasingly will be dominated by natural gas. This would result in reduced revenue to the Norwegian society, and also to a loss of jobs. In the basis estimate with an oil price of 50 USD/bbl in 2030, the number of direct and indirect employees in the petroleum sector will decline from 190 000 in 2019 to 140 000 in 2030, whereas in the less likely low oil price scenario (30 USD/bbl in 2030) the number of jobs declines to 70 000 in 2030. (Meld.St.14 (2020-2021).

It is therefore a pressing need to create new industries which can create activity and new jobs. Estimates from Rystad Energy (2021) suggest that none of the new potential industries hydrogen, CCUS, offshore wind and marine minerals, alone could reach the historical activity level of the petroleum industry, but that they combined could offset the likely activity decline and corresponding loss of jobs in the petroleum sector. 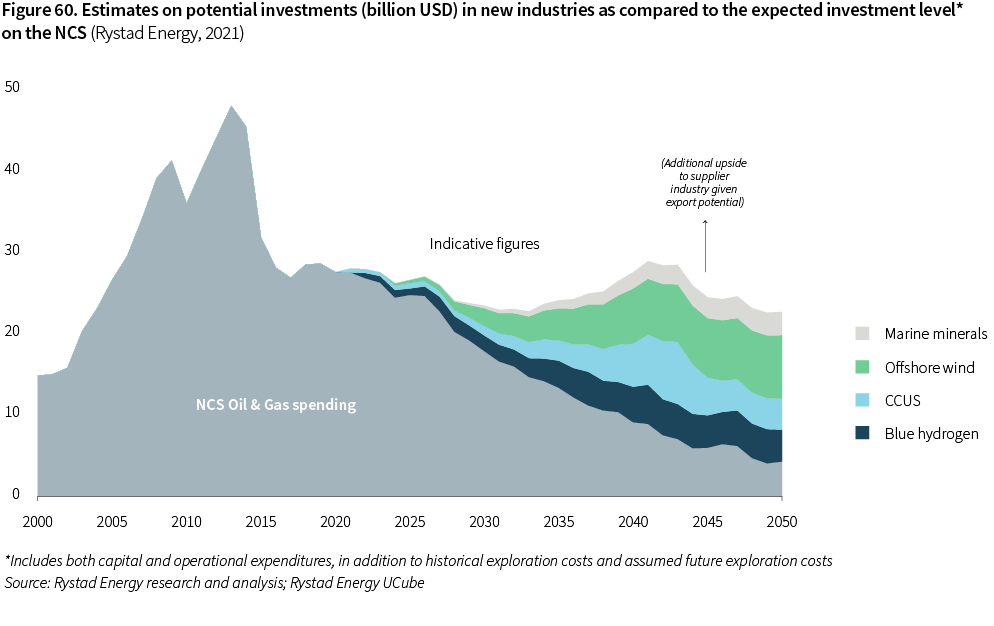 Competencies and solutions from the petroleum sector are highly relevant for potential new industries as the mapping in Figure 61 indicates. 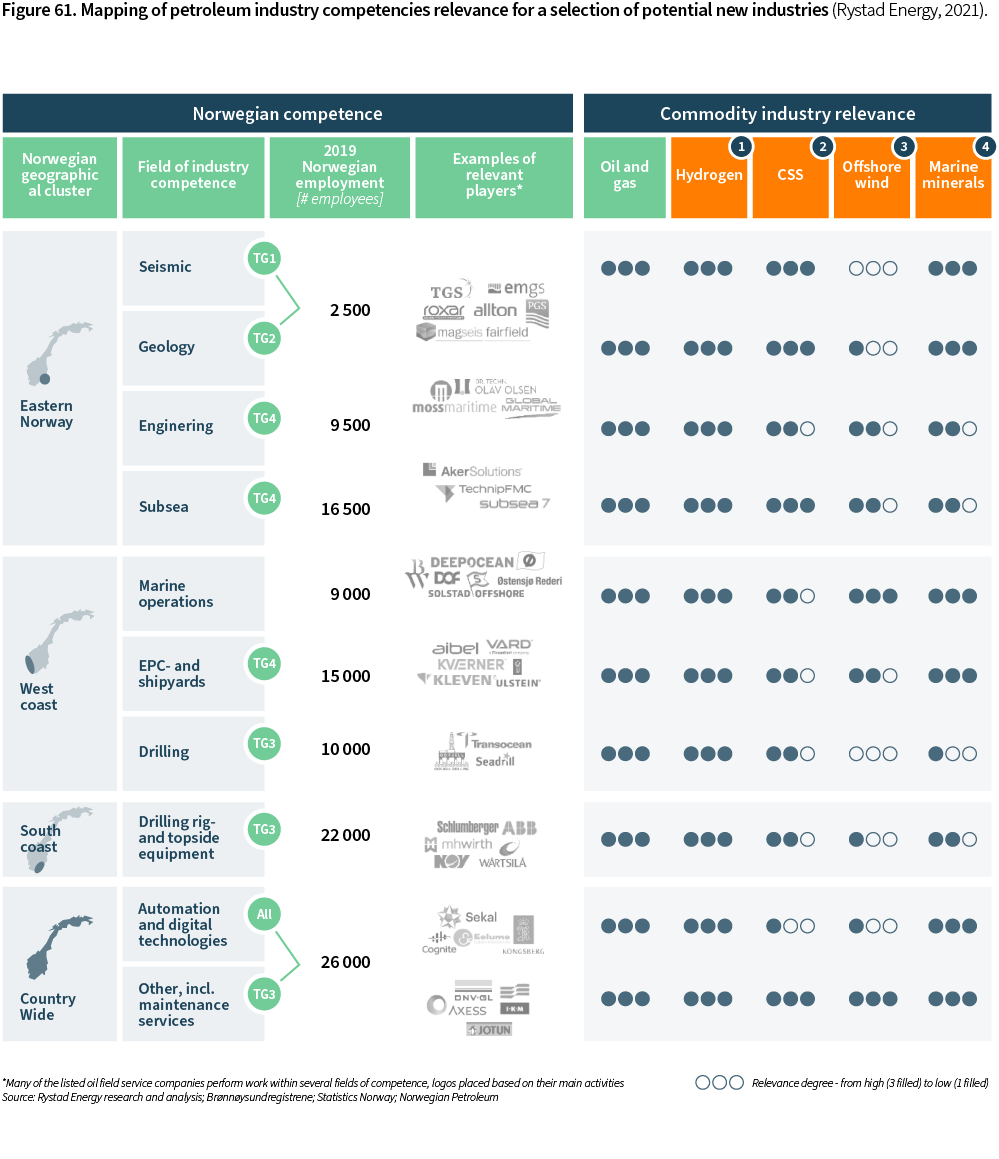 The EU, the UK and other countries have ambitions of taking a leading role in one or more of the new, green industries. For Norway to obtain a first mover advantage, it is imperative to move fast. OG21 therefore supports NHO and LO in their calls for urgent action on developing energy policy and strategies that stimulate such ambitious industry development, and relevant support instruments.