Knut Henriksen from Baker Hughes is the winner of the OG21 Technology Champion award for 2020. The award is given to individuals that have been instrumental for the implementation of new, value adding technology.

- This year's interest in the award has been fantastic, says Roy Ruså, director of digitalization at Petoro and head of the jury.

- We received 24 nominations, and there were many among them who could have been worthy winners. The jury was given a difficult task, but eventually Knut Henriksen stood out as the winner of the OG21 Technology Champion 2020 award.

Knut Henriksen receives the award for his efforts to introduce a new way of working in his own organization as well as contributing to streamlining the collaboration between Baker Hughes, Odfjell Drilling and Equinor. By leveraging the opportunities offered by new digital technologies such as advanced sensors and measurement methods, operational monitoring and remote control, a lot of the work previously done on drilling rigs and platforms has been moved onshore, while the quality of decision-making has been improved.

To achieve this, the way companies work had to change, both internally within each company and between the companies. They now work closely together as one group with common goals and tasks. This integrated operation model has been used successfully on the Johan Sverdrup field, and it is now being introduced on several drilling rigs. The new operation model illustrates that realizing the potential of new technology, often require organizational changes as well. Knut has been a driving force to bring about necessary changes in Baker Hughes for harvesting the value potential of new technology.

The award was handed out by the Norwegian Petroleum and Energy Minister Tina Bru during the OG21-forum, November 11th, 2020. 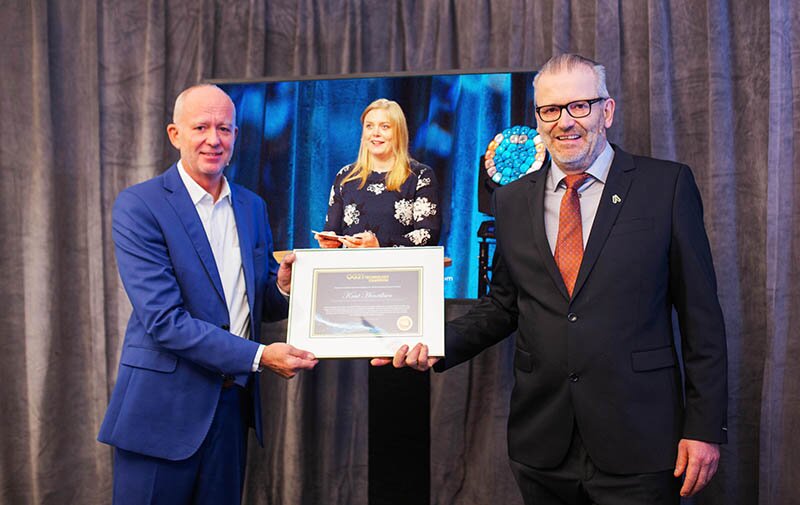